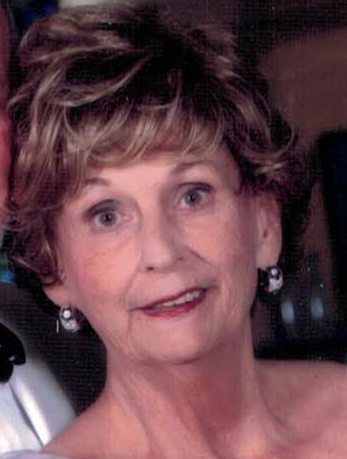 D. Elizabeth “Beth” Reed passed away on July 29th, with her family near and in the arms of her husband, at her home, in Douglassville.  Beth was born in Audubon, Pa., the daughter of the late Doris Michener and Keith Garrett.  She was the soul mate of her husband, Lawrence “Larry” Reed, for 33 wonderful years.  She is also survived by daughters, Dianna Gambone, of Royersford, Debra Yurick (Chris), of Worcester, and Donna Dittman (Mark), of Elizabethtown.  Her survivors also include grandchildren: Kristy, Kendyll, Katrina and Ryan Gambone; Jennifer Yurick and Samantha Alexander (Scott), and Jessica Felice.  She also leaves “Jellybean”, her very stubborn cat!

She was a graduate of the Holland School, Stewart Junior High School and Eisenhower High School, Class of 1961.  She went to the Philadelphia Charm School and did in-store modeling, as a teenager, for Strawbridge & Clothier and Wanamaker's Department stores.

Beth trained as an Ophthalmic Technician and specialized in fitting contact lenses. She first worked at Wills Eye Hospital, in Philadelphia, where she ran several clinics.  She also worked for Dr. Thomas Manzo, in Pottstown.  Her final position was as Director of the Contact Lens Department at the College of Optometry. Beth & Larry had a unique history since they spent their first night together in the hospital nursery, when they were born!  They were baptized and confirmed together at Trinity Lutheran Church, in Norristown. Although they dated when they were 10 and 12, they never dated in junior or senior high school.  They also shared tap dancing lessons at Dansarts Studio, under the training of Phyllis Eastwood, a former “Radio City Rockette”, and appeared in several recitals together.

After a 30 year gap, they reconnected, and the rest, as they say, is history!  They were married about 10 months later and began their life together to make up for all of those lost years.  Once Larry retired, they decided to open a country gift shop, “Quail Nest”, first in Collegeville and then in Morgantown.

Both Beth & Larry loved to travel and had many memorable trips to Alaska, Hawaii, and cruising to many of the Caribbean islands---their favorite being St. Kitts.  On their 25th anniversary, they renewed their vows in St. Georges, Bermuda, in a 1619 Anglican Church.  They celebrated their 30th anniversary with an exciting tour of Britain and Scotland, finishing with 4 days in Paris, and dinner in the Eiffel Tower!

Because of her love for animals and having bred and shown Shi Tzus, for several years, memorial contributions may be made to the Montgomery County SPCA, 19 E. Ridge Pike, Box 222, Conshohocken, Pa 19428-0222.

Graveside services will be in Riverside Cemetery, 200 S. Montgomery Avenue, Norristown, on Saturday, August 1st, at 11AM.

Share Your Memory of
D. Elizabeth
Upload Your Memory View All Memories
Be the first to upload a memory!